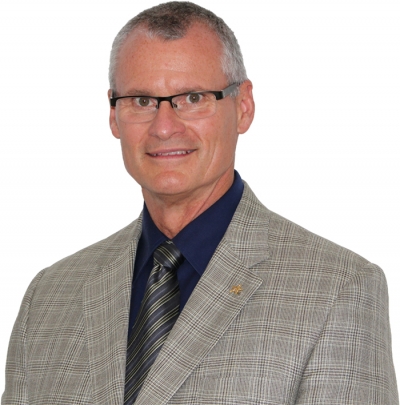 A Speech given at a Fundraising Dinner in Regina, SK by Rob Currie

To have been given the honor of travelling with, and briefly working for Terry Fox, is an experience of which a person could only dream. To be asked by the Cancer Society to work with Terry was quite a thrill for me. After reading some newspaper articles and listening to radio reports about the Marathon of hope, I was excited about the job but my mistake was that I vastly underestimated what I was getting into because it opened my eyes to a different part of life – the unrestricted giving of people.

I first met Terry on Sunday, August 31st about 35 miles east of Thunder Bay. During the next 6 miles of which I saw him run, I could see why Terry was, and still is, a National hero. The atmosphere surrounding him was one of great emotion and the impact that Terry had on people was unbelievable.

Terry had run 23 miles that day and after a quiet supper, was quickly off to bed. The next day was to be a day I will never forget. He started his run on Monday at 5:00 a.m. and much to my surprise there were already people standing by the road waiting to see him run by. Homemade signs were put up everywhere wishing Terry the best of luck and offering their encouragement for his continued success.

Twelve miles were completed that morning whereupon Terry had stated that he was feeling good. His brother, Darrell, stated that it was the best that Terry had looked for a long time and he would easily run 26 miles for that day. Terry then slept for 3 hours and when he started his afternoon run, he was met by hundreds of people line up waiting to see him. Nine more miles were added to his total on that rainy afternoon, but what is more was Terry’s dream of a cure for cancer was being helped by the people who had come to see him. In 9 miles of open highway, the Terry Fox Marathon of Hope collected $2,300. These people had been standing in the rain and when Terry passed, they would run to the vans following him and throw their money in. Others, who had been driving by, leaned out of their car windows, donated some money, and continued on their way obviously touched by what they saw.

What I would like to share with you is Terry’s last mile. Mile 3 3 3 9. After running for 8 miles that cold, rainy Monday afternoon, Terry stopped as usual for a 5 minute break. What was unusual was that he asked for a change of clothing and wanted to lie down for awhile. He appeared to us to be bothered by something.

He went into his motorhome and took longer than his 5 minute rest. Instead, it was bout ½ hour. By this time there were people lined up on both sides of the road for close to a mile waiting for this legendary runner to go by.

Not wanting to disappoint so many people, Terry ran his last mile amid cheers, whistles and lots of clapping. Following what must have been his hardest 1 mile ever, Terry asked to see a doctor. With what happened next, we are all very familiar.

Even though I found Terry to be a quiet and private person, he spoke very loudly to people through his actions. There were many people who came to our van to donate money and their reactions to Terry were mixed: some were speechless, some had tearful eyes, while others were crying.

One young lady handed me a small jewelry box but was unable to say anything because she was so filled with emotion. I asked her if she wanted me to give it to Terry. She nodded and slowly walked away crying.

Another man gave me a wallet with his son’s bank account in it. He wanted Terry to have the wallet and the money to go towards cancer research. This man’s young son had died of cancer a year previous.

Emotions ran high but what Terry did was to help all of us recognize that we must never give up, no matter what the cost. Terry and his group of his brother Darrell and his friend Doug Alward were tired from their long journey. Doing the same thing for each and every day for just under 5 months drew heavily on their energies, but they were determined to make it to B.C. where Terry could put his artificial leg in the ocean.

Terry Fox ran his own marathon but he helped others realize that there are many more people who must get up every day and run their own marathons with cancer.

I was fortunate to meet and travel with Terry for a brief period of time and for this I am truly thankful. But I know that each one of us have personally met Terry in our hearts and have been touched by his actions.

Hoping To Meet A Hero